Get fresh music recommendations delivered to your inbox every Friday.

To The WhiteS​(​upremacists) feat. Matt Wixson 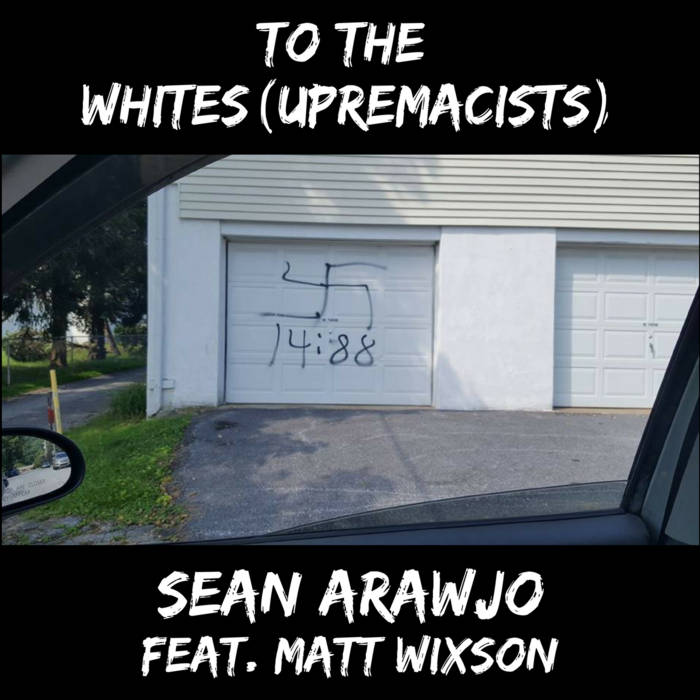 backalleydirtska I really like these lyrics, thank you for spreading some love to counteract the hate!

A few months ago I passed this graffiti on my block and this is my response.

All proceeds will go to the Southern Poverty Law Center.
www.splcenter.org

I drove through "Real America" today.
Why, then was I so surprised
at the Swastika sprayed on my neighbor's garage,
at this racism so undisguised?

Like the villains that just marched on Charlottesville,
unmasked, unhinged, and ready to kill
Maybe it's 'cause I have the privilege
to join them, or ignore them, or fight them at will.

You're not superior to anyone;
that means you're as low as they come.
Whatever made you think you were better?
Did you believe the alt-facts or are you just dumb?

I realize not all of you grew up with Mike Park in your ears
and some of you had parents spoon feed you all their hates and fears.
Use them as an example of what not to be
instead of being KKK or Nazis.

Like the villains that just marched on Charlottesville,
unmasked, unhinged, and ready to kill.
Even though I benefit from white privledge
I won't join them or ignore them, but fight them I will!

If I had the money, no if I had the courage... I'd print hundreds of signs of a crossed out swastika and put them on all my neighbors' lawns. I'd leave a note that says, "Feel free to remove this if you disagree.". How many do you think would be left after a day or two?

You're not superior to anyone;
that means you're as low as they come.
Whatever made you so sure you were better?
Did you believe the fake news or are you just dumb?
No, I'm not superior to anyone
'Cause we're all made of the same stuff
I hope one day you see we're better together
Us and them and me and you together as one.

I never got over Ska.

Bandcamp Daily  your guide to the world of Bandcamp

Nightmares on Wax and Bremer McCoy stop by with their sublime new LPs.